The actor Austin St. John, best known for his role as Tommy Oliver on “Power Rangers,” was taken into custody on suspicion of committing wire fraud in connection with the COVID-19 Paycheck Protection Program.

The gang of defendants is accused of carrying out a plot to defraud lenders and the Small Business Administration’s PPP initiative, which ultimately led to the fraudulent purchase of at least 16 loans and at least $3.5 million, as stated in the accusation against them. According to the allegations, Michael Hill and Andrew Moran were the two guys in charge of directing the plan.

According to the claims, Hill was responsible for recruiting co-conspirators who either utilised an already established business or built a new business in order to submit applications and acquire PPP money. Hill is accused of having been involved in the conspiracy from at least 2007. Moran is accused of providing assistance to other conspirators with the application paperwork. This assistance is said to have included both the fabrication of supporting documentation and the submission of their application through the online portals provided by the federal assistance programme. Moran is also accused of being a member of the conspiracy.
The defendants are accused of giving false information on their applications regarding the “actual nature” of their company, the number of employees who were employed by the organisation, and the total amount of payroll, as stated in the announcement that was made by the Department of Justice (DOJ). Because of “these significant misrepresentations,” the Small Business Administration and other financial institutions went on and approved and disbursed loans despite the fact that they had been given false information.
St. John and 17 other individuals are accused of paying Hill and Moran in certain situations, but not using the money to pay employee salaries, pay electricity bills, or provide health care benefits to employees. Instead, it is believed that they paid Hill and Moran, who allegedly moved the funds into their own personal accounts and thereafter used the funds for their own personal expenditures. The claims state that other individuals delivered the money that they had illegally gained to a third party by the name of Jonathon Spencer so that he might invest it in the foreign exchange markets.
The Federal Bureau of Investigation (FBI) and the Internal Revenue Service Criminal Investigations are actively looking into the matter. Assistant United States Attorneys in the Eastern District of Texas are in charge of the prosecution of the case. 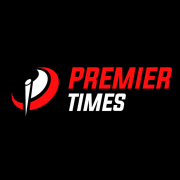